Connect with us on

Canine Scent Work: the fun and benefit of sniffing sports

Did you know your dog has superpowers? Let me remind you about their incredible ability to detect scents. Dig into this blog post and I'll share the some benefits of playing around with scent work and maybe even trying it out for sport. 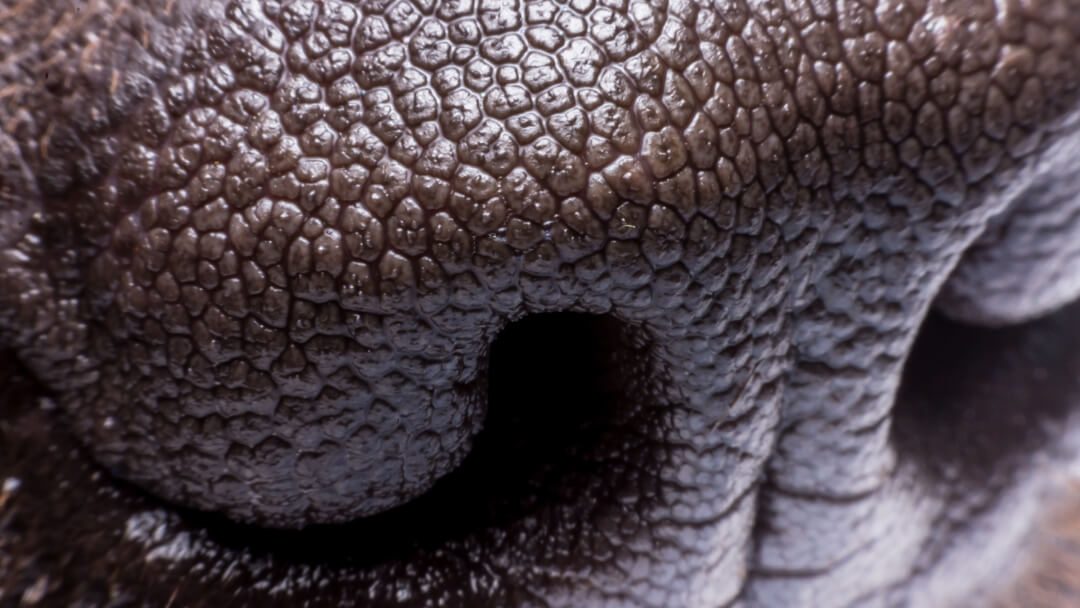 Your dog’s ability to detect and find odor is one of their superpowers.  To put it in perspective a human has 5 million olfactory receptors vs. your dog has 300 million.  Hmm, that explains a lot. When we walk into the kitchen we might think, wow that pot roast smells great.  When the dog walks into the kitchen they are thinking, yep I smell carrots, potatoes, onions, beef, olive oil, butter, and flour.  This superpower of odor detection has not only serviced the dog in survival but can really be handy for full-time professional detection work, in sport, or simply to find that dog treat that may have rolled under the couch.

Structure of the Canine Nose

It is easy to see the physical differences between our human nose and a dog’s nose.  Take a moment and think about other species noses too.  How do the exterior structures of other animals noses differ?

The horse has large nostrils opening on the top of the nose to be able to take in large amounts of air when running.  In contrast, the elephant’s nose is long, mobile and able to move or lift objects as well as function like a hose siphoning and spraying water.

Now let’s get more acquainted with the structure of the canine nose. The dog has two nostrils that are divided by a cartilaginous and bony septum. If you’ve ever been woken up in the middle of the night by your dog you know that the tip of the dog’s nose is typically moist and cool to touch. When a dog flares its nostrils to sniff, the shape of the nostril openings changes allowing redirection of air into the upper part of the snout and more direct airflow to the olfactory area. Furthermore, the slits at the side of the nostrils are used to exhale during sniffing.

But the nose is not where all the scent magic occurs.  It is more for the collection and disbursement of the air that contains the odor.  The scenting superpowers continue in the muzzle.

The long muzzle contains a labyrinth of thin bones, called turbinates, which are all lined by epithelium cells.  This provides a very large surface area for the air to pass over. To be geeky about the whole thing, the bones are known as maxillo-turbinates and they are lined by a respiratory type epithelium producing mucus.

This cute little education video from You Tube helps illustrate all this sniffing magic.

Now that you know some geeky stuff about the anatomy of the dog’s nose and muzzle, let’s talk about some of the benefits of scent games and sports.

Scent work sports are relatively low impact sports that dogs of all ages, sizes, and breeds can enjoy.  Sniffing and scent puzzles are an awesome way to provide mental stimulation and exercise.   It allows the dog to take in their environment in a very natural way, through their nose. As you build more and more positive experiences for your dog in novel places then their acclimation period in these new places will get shorter and shorter.  They learn quickly these new places hold a fun puzzle of odor to solve and when successful treats will rain from the sky.   Wouldn’t that sound pretty great?

The same is true for dogs that might have shy or reluctant around unfamiliar people.  You might be thinking how does scent work do that?  Whether you get involved in scent work by going to class with a local trainer or if you actually do end up entering into the official sanctioned sport trials, there are people introduced into the search area.  Not as distractions but as record keepers, timers, judges, fellow students.  The same way searching, being successful, and being rewarded over and over with other folks in and around the search areas your dog will start a positive learning a positive association.

For the velcro dog, a dog that doesn’t want to leave your side,  they will learn to work more independently away from you when that pays food dividends.  Again it is all about repetitions of being successful and rewarded that builds that confidence and empowerment.

All in all nose work sports can be very beneficial for building confidence and mental stimulation for all dogs including those with dog reactive issues or those shy, fearful dogs.

AKC and NASCW are just two organizations that offer an organized sport utilizing scent detection using essential oils at the odor source.  Each organization is a little different in the challenges that they present in trials.  But the basis of the training is much the same whether it is 3 different essential oil odors, 5, or who knows someday more.

Using positive reinforcement training, the dog is reinforced for their efforts in searching for “source”  odor and “paid out” once they locate the highest concentration of odor.  Progressively the dog learns to solve more difficult sense puzzles and the handler (us) learns to read their dog’s body language during the search and at final “alert”.

Barn hunt is a fairly new sport where the dogs search an area of straw bales for live rats that are contained inside PVC vented tubes.  There are a lot of other details and rules for the sport so please check out the official organized sport website. This sport is especially suited for the breeds who have a natural working role for vermin eradication above or below ground.  In fact, one of the limiting requirement for this sport is your dog has to be able to pass through a tunnel no more than 18 inches tall.  Sorry, Chase, I don’t think this one is for us.

Trailing is definitely an advanced skill for the dog using their odor detecting skills.  Not only are they searching for a specific source of odor,  but they are not introduced to that unique odor until right before being asked to search.  An example would be the dogs that are used to find lost persons. They might be brought to the location where the person was last seen and then presented with an article of clothing or hair brush for the dog to source the odor.  The dog now has to remember that source odor and discriminate amongst all the other odors that it encounters while searching.   The challenging searches could include a ‘contaminated” crime scene where many officers and other working canines have been moving through and search areas containing distracting wildlife odor.

Tracking, on the other hand, is detecting the freshest disruption of the ground where the source odor can be found.  As you can imagine once the “track” moves from a soft ground environment onto a hard surface most dogs trained for tracking will struggle.  This is mostly due to the training techniques of tracking dogs.  For the sport of tracking, points are deducted if the dog’s nose leaves the exact track.  So air scenting is frowned upon in true tracking.  It should not be hard to guess that this is limiting the canine ability to be successful because the scent “picture” is far greater than just in the track.

I just recently read about shed or antler hunting dogs last year in a magazine article and I’ve been intrigued ever since.  There are a lot of reasons why outdoor folks love to search and find antler sheds.  Some use them for art, some for hunting, others like myself would love to find them for dog chews.   My boys, even little AJ, love to chew on the moose antlers we’ve purchased from Acadia Antlers.  To get started training your dog to hunt for antlers there are decoy antlers and odor that you can purchase.  I can’t wait to report back when we give this a try.

The options really are endless in channeling your dog’s natural desire and ability in sniffing.  With proper training, they can locate humans on the run, a moose antler in an alpine meadow, endangered wildlife scat, prized mushrooms hidden deep beneath the soil, essential oil swab hidden in a room, or a cheeto that fell inside the couch cushions.

What kind of sniffing fun are you going to have with your dog? 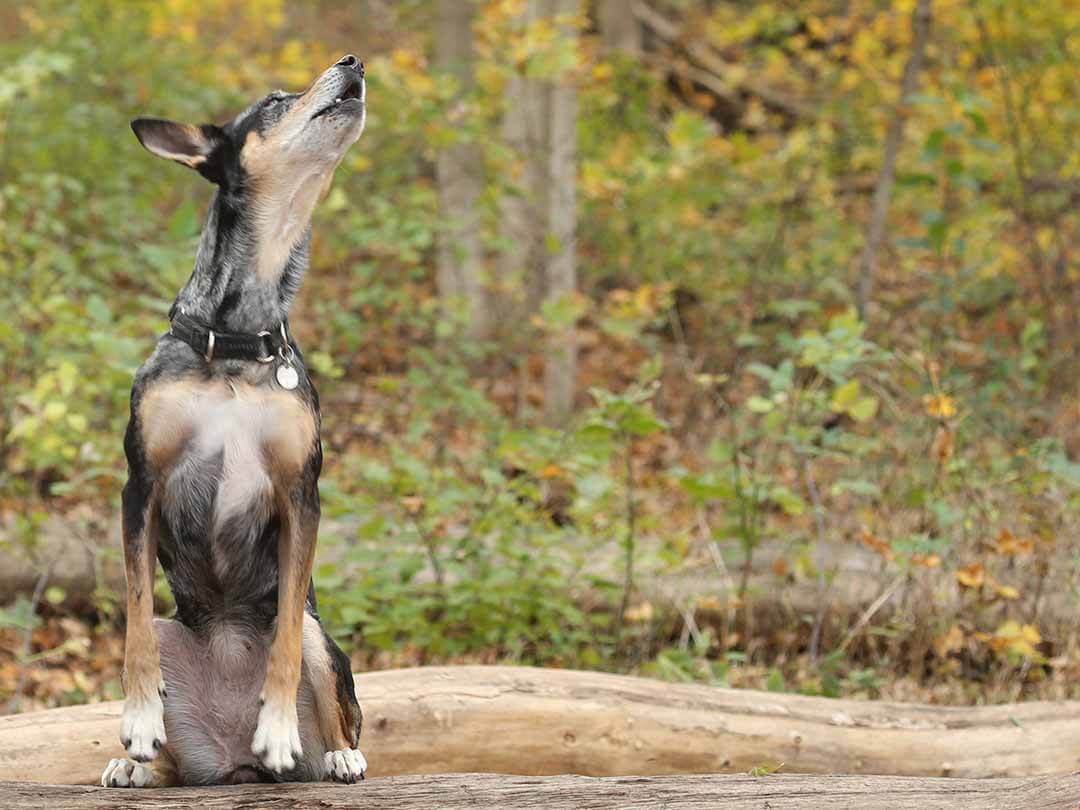 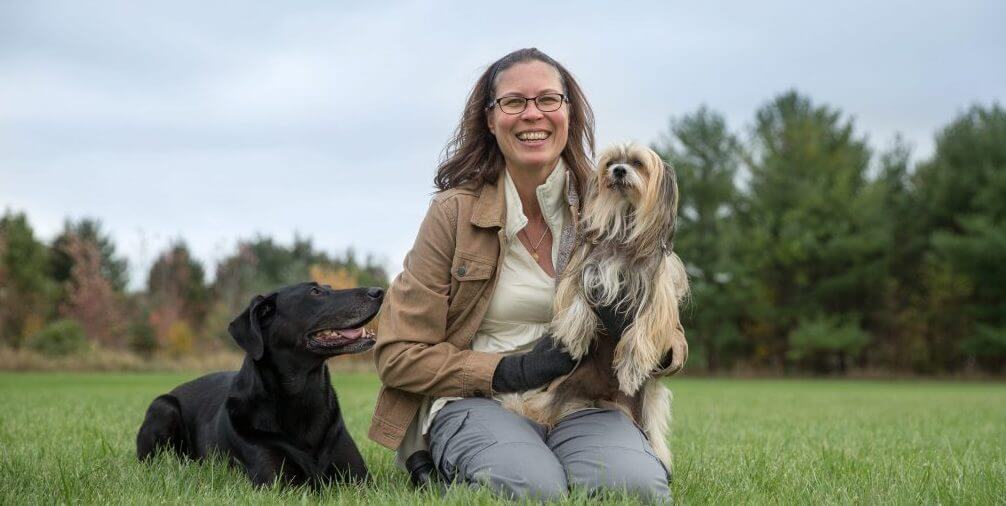 Just like you, I love dogs. I've loved them my whole life. Since I was the youngest of four kids I guess you could even say I was raised by the family dogs. While my older brothers were off doing what older brother do I was at home making life long bonds with our dogs. We needed each other. Fast forward today and I can't image life without a canine copilot or two, three, or more. Being an introvert I relate to them better than I do my own species. And to me they will always be "more than just a dog".
Click Here to Read More Posts